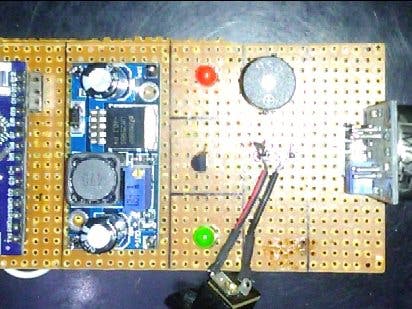 A gas detector is a device that detects the presence of gases in an area, often as part of a safety system. This type of equipment is used to detect a gas leak or other emissions and can interface with a control system so a process can be automatically shut down. A gas detector can sound an alarm to operators in the area where the leak is occurring, giving them the opportunity to leave. This type of device is important because there are many gases that can be harmful to organic life, such as humans or animals. Gas detectors can be used to detect combustible, flammable and toxic gases, and oxygen depletion.

There are many metal oxide sensors, known as MQ detectors, are available in a series of devices. MQ2 sensors detect methane and butane, for example. MQ138 sensors detect benzene and toluene. A partial list of MQ series sensors includes:

When LPG gas leakage sensed, it will give a HIGH pulse on its DO pin and Arduino constantly reads its DO pin. When Arduino receives a HIGH pulse from the LPG Gas sensor module it's green led turns off and red led turns on with led a 5v buzzer also start beeping untill it sense LPG gas.

When Arduino gets a LOW pulse from the LPG Gas detector module, then red led and buzzer turns off and green led turns on.

 Detection and prevention of any sort of gas leakage. 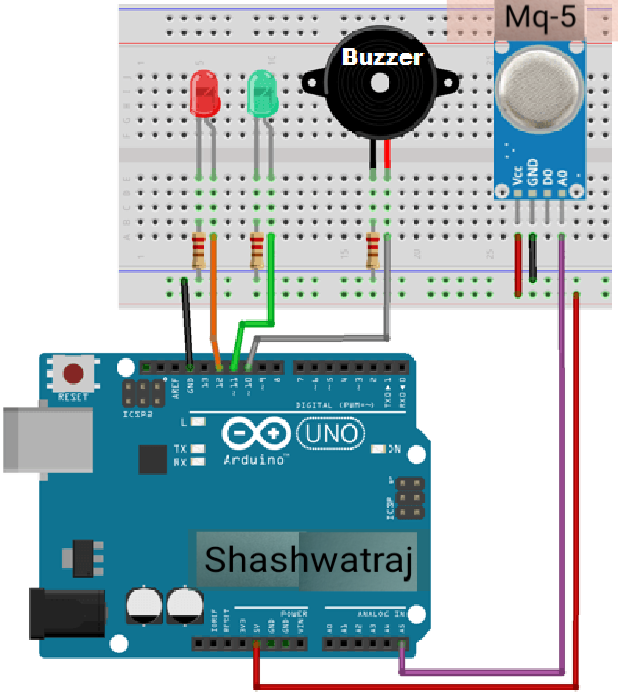 2 projects • 6 followers
My name is Shashwat Raj. I love doing projects with arduino and Raspberry Pi. You want to view more please subscribe to my YouTube Channel.
ContactContact