A smart city is an urban area that uses different types of electronic data collection sensors to supply information used to manage assets.

A smart city is an urban area that uses different types of electronic data collection sensors to supply information used to manage assets. 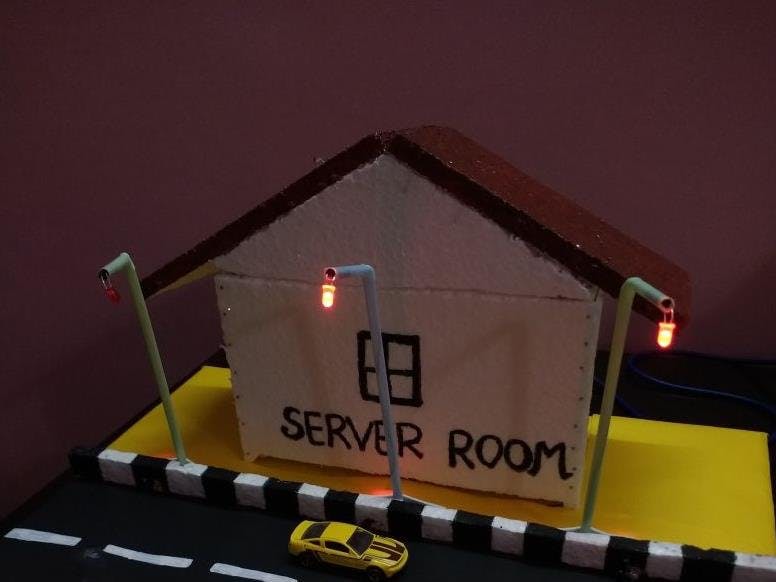 As it was stated earlier, it is seen in a number of cities that the street light is one of the huge expenses in a city. The cost spent is huge that all the sodium vapor lamps consume more power. The expense spent on the street light can be used for other development of the nation.Currently a manual system is used where the light will be made to switched ON/OFF i.e the light will be made to switch ON in the evening and switched OFF in the morning. Hence there is a lot of wastage of energy between the ON/OFF. This is one of the major causes of shifting to the automatic system, since there is less wastage of power and thus saving a lot of monetary expenses. Apart from this, the other disadvantages of the existing system are described below.

Now moving to the proposed system automated with the use of light sensors, not just the saving of energy and ensuring safety, we can also see a few more advantages following.

A Light dependent resistor (LDR) alsotermed as a photoresistor is adevice whose resistivity factor is a function of the electromagnetic radiation.Hence, they are light sensitive devices which are similar to that of humaneyes. They are also named as photoconductors, conductive cells or simply photocells. They are made up of semiconductor materials with high resistance A LDR works onthe principle of photo conductivity. Photo conductivity is an opticalphenomenon in which the materials conductivity gets reduced when light isactually absorbed by the material. However, when light shines onto the LDR itsresistance falls and current flows into the base of the first transistor andthen the second transistor. The preset resistor can be turned up or down toincrease or decrease resistance, in this way it can make the circuit more orless sensitive. LDR send response to Arduino.

Aninfrared sensor is an electronic instrument that is used to sense certaincharacteristics of its surroundings by either emitting and/or detectinginfrared radiation. It is also capable of measuring heat of an object anddetecting motion. Infrared waves are not visible to the human eye. In theelectromagnetic spectrum, infrared radiation is the region having wavelengthslonger than visible light wavelengths, but shorter than microwaves. Theinfrared region is approximately demarcated from 0.75 to 1000µm. IR (infrared)sensors detect infrared light. The IR light is transformed into an electriccurrent, and this is detected by a voltage or amperage detector. IR Sensorsends response to arduino.

Alight-emitting diode (LED) is a junction diode, which emits light when activated. When we apply voltage across its leads, electrons are able torecombine with holes within the LED, releasing energy in the form of photonswhich gives the light. Hence, it is a two-lead semiconductor light source.

Light emitting diodes represents ourlighting system and the amount of light emitted by it is directly related tothe amount of light in the environment that is when outside light is less thanthe light given by LEDS is at its full intensity and visa-versa.

ESP8266 comes with capabilities of

It employs a 32-bit RISC CPU based on the Tensilica Xtensa L106 running at 80 MHz (oroverclocked to 160 MHz). It has a 64 KB boot ROM, 64 KB instructionRAM and 96 KB data RAM. External flash memory can be accessed through SPI.

Tocommunicate with the ESP8266 module, microcontroller needs to use set of ATcommands. Microcontroller communicates with ESP8266-01 module using UART having specified Baud rate.

There aremany third-party manufacturers that produce different modules based on thischip. So, the module comes with different pin availability options like:

For example, the figure below shows ESP-01 module pins. 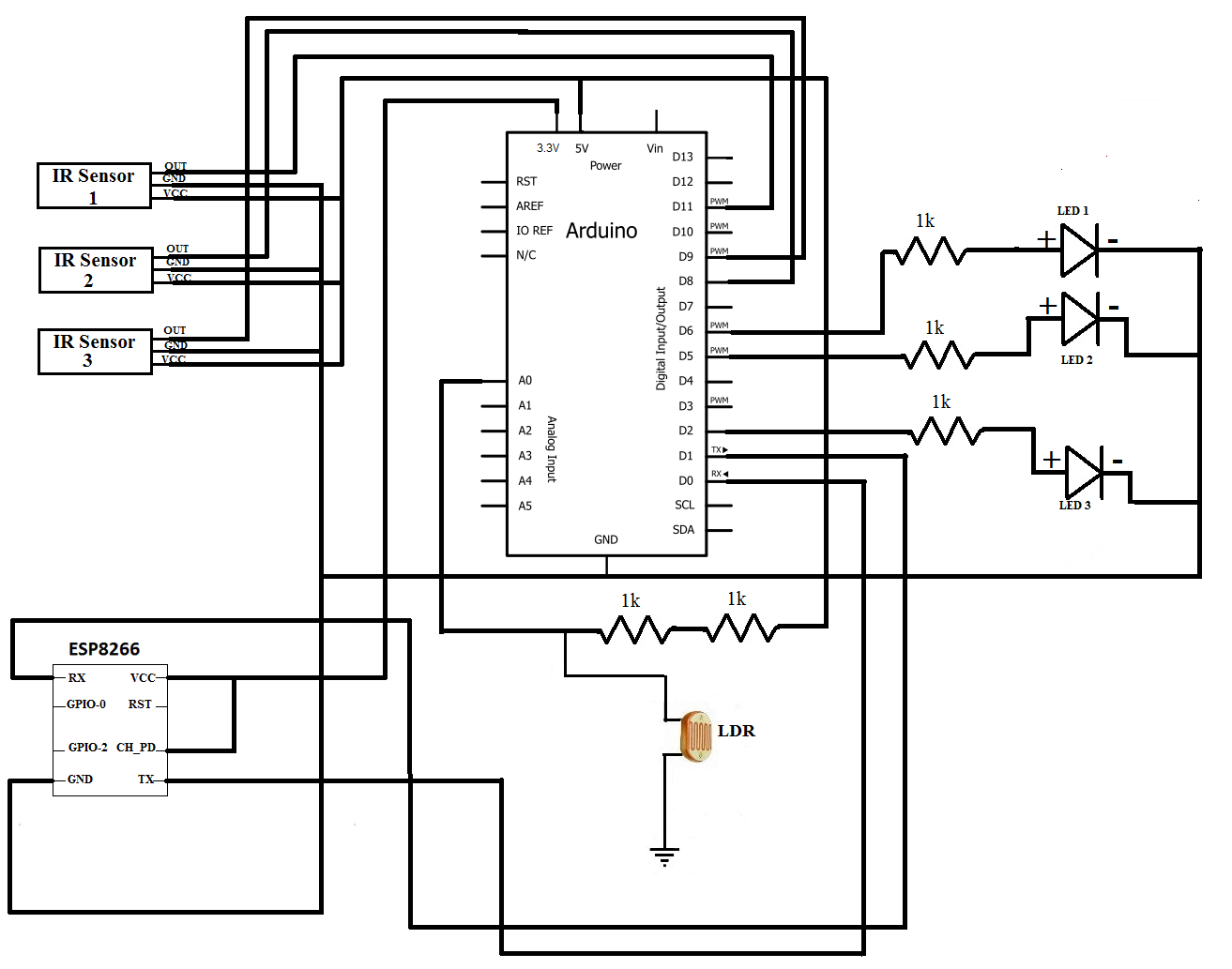