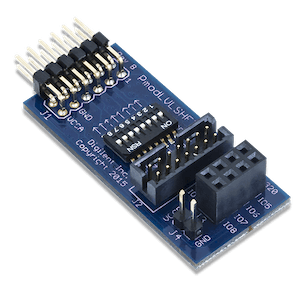 The Digilent Pmod LVLSHFT is a digital logic level shifter. This module is ideal for users who want to supply logic signals following a 3.3V CMOS standard but have an alternate logic level output that is used for other applications, such as JTAG programming.

Application notes for Pmod ACL2 and Arduino Uno. The 3 components (X, Y, Z) of the acceleration are displayed in the serial monitor.