Controlling lights and CO2 admission to a aquarium. Sensor data is stored so it can be used for statistics.

Controlling lights and CO2 admission to a aquarium. Sensor data is stored so it can be used for statistics. 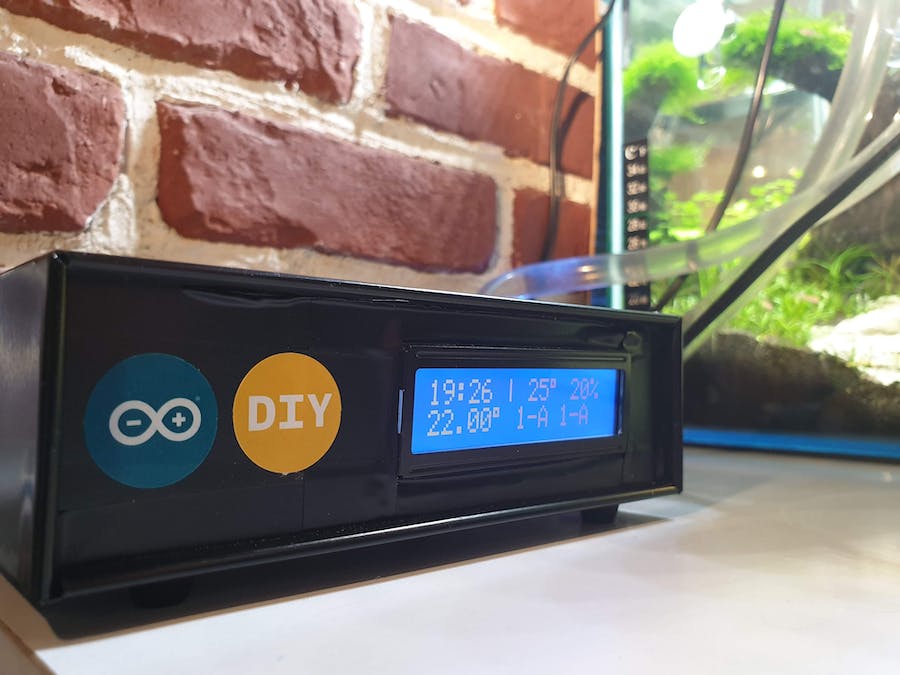 So far so good. The interesting part of the project is still to come: the time intervals, relay controls and sensors data are driven and stored by a PC running Linux and NodeJS server. The server stores sensor data in a database and exposes a web interface for users to setup time intervals and see historical sensor data in chart format. Communication between NodeJS server and Arduino is done using serial port. Web application requires authentication in order to gain access to controls and sensor data.

Details on how to install and run NodeJS server can be found on GIThub.

PS: This is my second project using Arduino, so any advice would help me a lot.

Arduino controls 2 relays that are set on/off based on 3 time intervals:

Time intervals can be set via web interface and are stored in EPROM in order to be able to restore them after a power failure. Read / write data to EPRON are kept to a minimum. Make sure on initial Arduino setup you write write only once the default values on EPRON. You do this by removing comments here:

The setup has 2 sensors:

Sensor data is updated every 20 mins. (time interval value can be easily adjusted) and the updated data is displayed on the LCD and sent to server via serial port. Server is storing the data in a database (mongo DB) in order to be used as statistical data in web interface.

Project uses Time and TimeAlarms Arduino libraries to manage time and schedule events that control relays. Schedulers are also used to periodically read sensor data and send data to server. RTC module is used to keep track of time in case of a power failure. Time library syncs with RTC module based on a schedule.

The server for this setup is is using NodeJS, Express and MongoDB and is capable of communicating with Arduino through serial port. The server also exposes some APIs endpoints that are used to communicate with the web interface.

The web-interface is a single page Angular 5 app. The application is responsive and can adapt to any screen size. App communicates with the server using APIs. The following features are supported by the web-app .. so far:

On this PC I've installed a light Linux distribution with minimal UI: Lubuntu

This is usually used when developing the server and web-interface.

Further steps would be:

I would be happy to share more details on this. Just let me know. 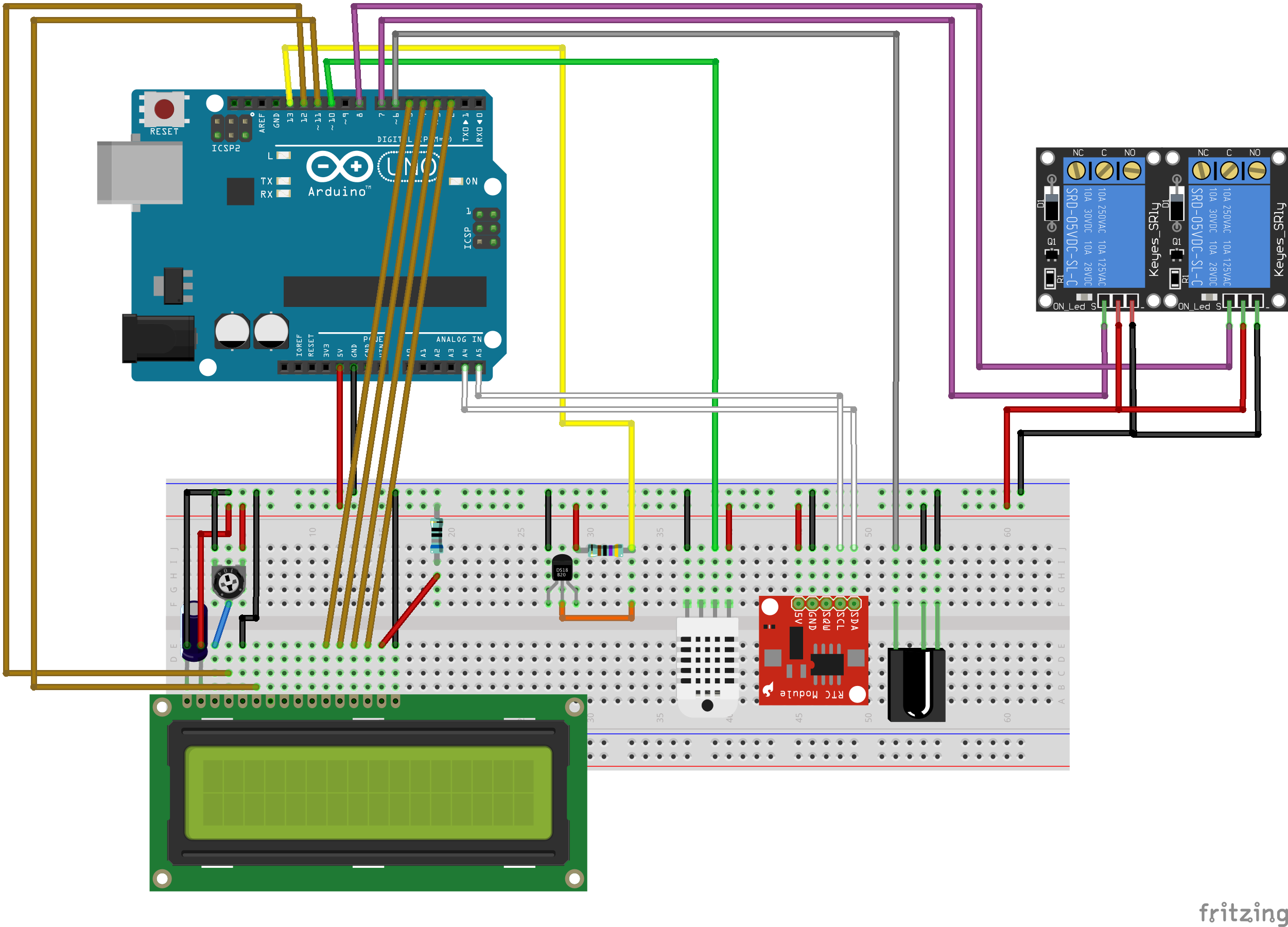