Autonomous seeds grower system made with cheap materials and connected to the internet.

Autonomous seeds grower system made with cheap materials and connected to the internet. 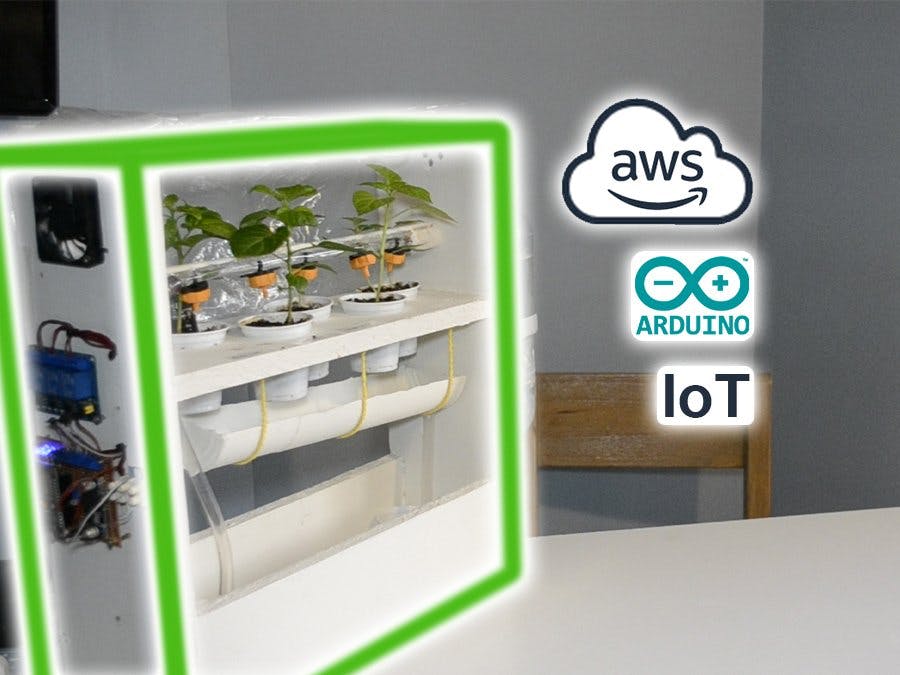 Hi!. In this video I show you the Seeds Grower project that I have made.

The idea is to prepear the seedlings for later usage.

A nodeMCU is used in order to handle the relays and upload the data to Amazon Web Services ( AWS, where the decitions are taken).

This model acts as a node and holds Pepper seeds, different species has different needs ( water, light, temperature ) so you may have several models for growing several species.

It is a serverless arquitecture which is shown in the video.

There is a web interface which tooks the data from AWS for displaying and send Actions via MQTT protocol to the nodes in a manual way.

Is possible to send actions ( Watering, Lighting, Ventilation) in manual way or automatically using CloudWatch and Lambda (this last feature makes the system autonomous but is under developing since before I needed to study whichs are the needs/parameters of the Peppers to grow).

At follows we can see the arquitecture implemented.

Sourrounded by light blue you can find the NodeMCU.

Let me know if you found this idea interesting and maybe I can make a step by step explanation.