We developed a glove with an inertial measurement unit (IMU) sensor attached to control a wheeled robot using MSP 430 and myRIO board.

We developed a glove with an inertial measurement unit (IMU) sensor attached to control a wheeled robot using MSP 430 and myRIO board. 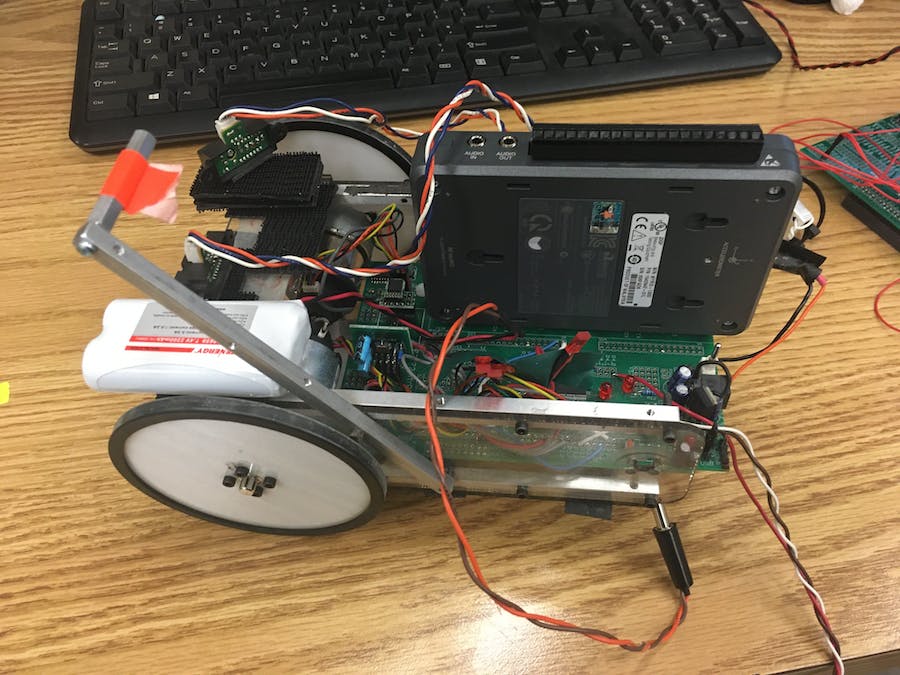 We developed a smart glove with an inertial measurement unit (IMU) sensor to control a two wheeled robot. Depending on the tilt angle of the IMU, the user can control the forward/backward speed and the left/turn speed of the wheeled robot. If there is an obstacle in front of the robot, the robot would discontinue moving forward and alert the user via speaker sound.

The IMU directly communicates via I2C to a MSP 430 micro-controller. This MSP430 acts as a master while the IMU acts as a slave. The micro-controller calibrates and receives the IMU data and computes the roll and pitch angle of the IMU using a simple accelerometer inclination angle equations. The MSP 430 also sends the computed pitch and roll angle to another MSP430 mounted on the wheeled robot via UART serial communication.

The wheeled robot also has an IR sensor to detect obstacle in front of the robot. If there is an obstacle within 15cm, the wheeled robot will stop and prevent the user from moving forward. In addition, when an obstacle is in front, the myRIO board sends out a DC signal to the MSP 430 of the glove. Then, the MSP 430 of the glove alerts the user via speaker sound using simple DAC system.