Preamble is a signal used in network communications to synchronize transmission timing between two or more systems.

Preamble is a signal used in network communications to synchronize transmission timing between two or more systems. 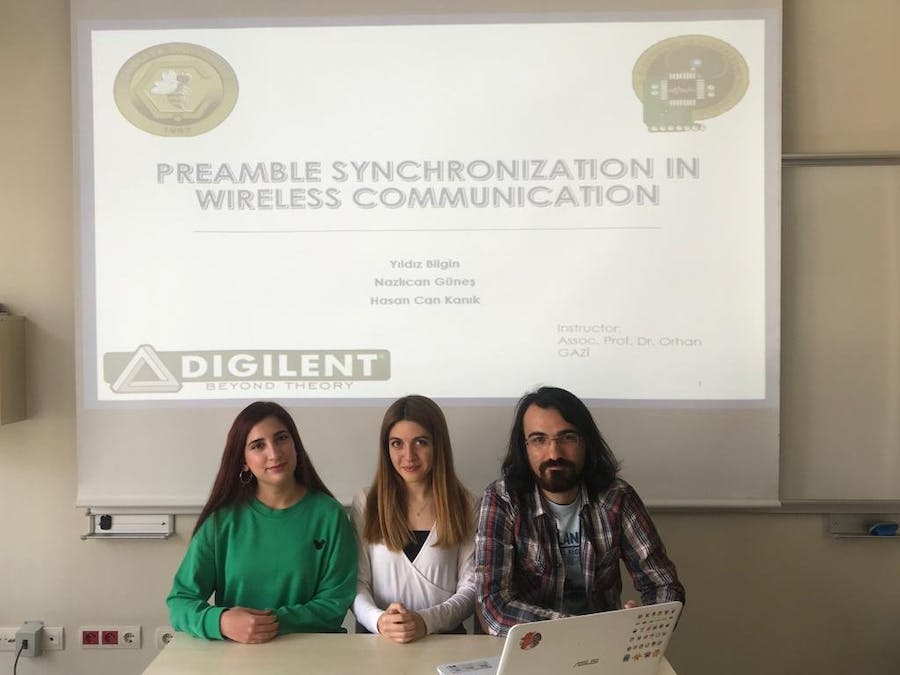 •This project investigates the detection, classification, frame synchronization, and demodulation of wireless networkingwaveforms by a digital receiver.

•To do this, preamble structure is used.

•Firstly, to understand which preamble we used, cross correlation is done

•Secondly, there should be a decision threshold to distinguish between signal and noise, and it is used in signal detection.

•At the end of the project, we’ll reach the ability to signal detection and frame synchronization of multiple wireless networking waveforms.