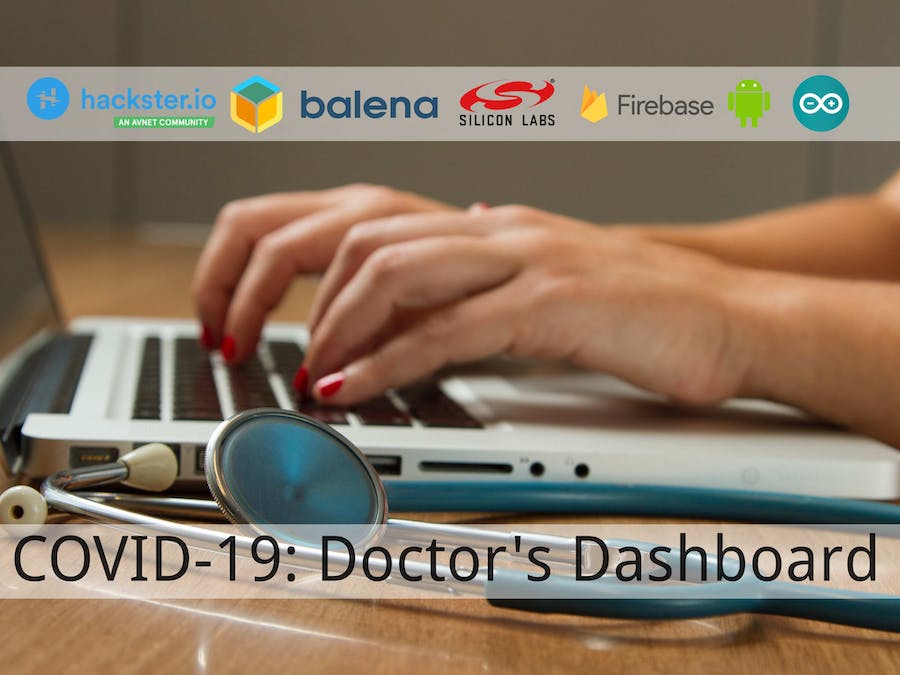 This project is intended primarily to reduce contact between medical staff / workers (doctors, nurses, etc.) with patients infected with the COVID-19 virus. By implementing this project, healthcare professionals will reduce contact with the infected so that they will not have to go to each patient several times a day and examine his temperature and other parameters related to his body that disrupts the virus.

Every medical worker will be able to monitor the patient's condition in their office or the room where they spend most of their time. How will this be achieved? The "Thunderboard Sense 2" device will be used to measure body parameters, in such a way that the sensors will be placed directly on the patient's arm. And they will submit the data via BLE to BalenaFin v1.1 board. BalenaFin v1.1 will submit data to Google Firebase via WiFi. Arduino MKR WiFi 1010 board will submit data of temperature to Google Firebase via WiFi. Android studio application will be monitoring data from Thunderboard Sense 2, BalenaFin v1.1 and Arduino MKR WiFi 1010 board. Much more about that below the project description. I hope you will like the idea, enjoy.

Step 1: Installing Raspbian on BalenaFin kit and configurating this board

The balenaFin is a professional carrier board for the Raspberry Pi Compute Module. Details for this board is on this link. Thanks Balena corporation for free hardware.

Connect keyboard and mouse to your balenaFin board and go to step 2.

If you don't have a keyboard and mouse, use a computer mouse and turn on the ssh option and follow this step to the end.

balenaFin board has a potential problem because it does not detect the automatic wireless module on the board, so it is necessary to enter the path to the module.

Use the following command to enter this option.

After last line insert next command and click CTRL+X and Y.

After restart your balenaFin you will see WiFi networks in your scan.

Google Firebase serves to store data collected on the BalenaFin v1.1 and Arduino MKR WIFI 1010 board. These datas can be further used on websites, mobile applications and anywhere they can access the Internet. Sign in using your Google Account and follow the steps below.

In order to communicate between Thunderboard Sense 2 and Google Firebase, it is necessary to create several python scripts on the balenaFin v1.1 board. In addition to the python scripts that have been created and need to be configured, you also need to install a few libraries and programs, so let’s get started with that first.

Open edit script with next commad:

Ctrl + X and Y is save changes in script. Ctrl + X and N exit from nano editor without save.

After installing the necessary libraries, the basic things for the balenaFin application are doned, and python scripts can be written to communicating and sending data.

In thundercloud.py script you will see this line (line number 9):

in ' ' inset your link of your Google Firebase database and with this your database is now connect with BalenaFin script. Secret code is not necessary.

There are 3 python scripts used to communicate between Thunderboard Sense 2, balenaFin v1.1 and Google Firebase.

getSession () function from the code above located in the thundercloud.py script. Used to test send data to Google Firebase and position it in name_database/Patients/P1/.

putEnvironmentData() function from thundercloud.py script is used to send accurate values ​​for parameters read from the Thunderboard Sense 2 board.

Function sensorLoop() from tbsense_scan.py is used to read data from Thunderboard Sense 2, read the value of temperature, humidity and pressure and is delivered to Google Firebase by calling the function putEnvironmentData() which we explained earlier.

In the picture below, you can see at the bottom of the database how the value is entered at a precisely defined location according to the code.

Choose editor and enter the next line of code at the end of document:

/home/pi/Desktop/script_name.py is path to the script you want to run.

"The Arduino MKR WiFi 1010 is the easiest point of entry to basic IoT and pico-network application design. Whether you are looking at building a sensor network connected to your office or home router, or if you want to create a BLE device sending data to a cellphone, the MKR WiFi 1010 is your one-stop-solution for many of the basic IoT application scenarios."

From the above we can see that the Arduino MKR 1010 Wifi board has various benefits in the form of creating an IoT solution. Therefore its ability to communicate via WiFi network or BLE to some Gateway then further into the network is a great thing that can be included in the Doctor's dashboard project.

I took advantage of the WiFi module built into the Arduino MKR board. I accessed Google Firebase via the accompanying library and provided sensor data based on that. The sensor used is the NTC Thermistor where another 10k ohm resistor leads to the temperature value in the code. That temperature goes further into the Google Firebase every 2 seconds.

First of all, using the Arduino IDE program, we install board drivers and necessary library,

After install all drivers and libraries, we will connect NTC thermistor to Arduino MKR 1010 board as on next shema.

Let us now consider how the program code for reading and sending data works.

First, insert libraries and you need to enter the Google Firebase database link, the Secret code downloaded for the project. In addition, it is necessary to enter the name and code of the wifi network to which the MKR board will be connected.

A function is then written to read the conversion of the analog signal from the NTC thermistor to the actual temperature value. We can see that the for loop is used to read data 5 times from the thermistor. then the sum of these values ​​is divided by 5 and the mean value is obtained.

The value read using the above formula converts the mean value of the analog signal to the temperature expressed in kelvins. Then the value 273.15 is subtracted from that temperature and we get the value in degrees Celsius.

In the loop function, we have the previously called preet function getTemp (), where in parentheses is the name of the array of two elements that the function will return to us. Then the second element of the array is taken below and sent to Google Firebase.

This process is repeated every 2 seconds.

The Android application is used to display the results collected from the Thunderboard Sense 2 board and the Arduino MKR 1010 WiFi board. The Android app buys patient data from Google Firebase. Currently, the database contains enrolled values ​​for 4 patients. The attached video shows how the color of a particular patient changes depending on the height of his temperature.

From this part of the code we see that the reading of temperature data for the first patient is read and based on the level of his temperature, the color in the background of the text is changed.

Since the value is taken from the database in the form of a String, it is necessary to convert this value to Float in order to perform testing (if-else) whether it is above or below 37°C. (float temp1Data = Float.parseFloat(P1stringT);)

Full codes for the android application are attached to XML and JAVA.

This system is used to monitor patients with COVID-19 virus. It is necessary to use sensors that will be placed on the patient's body and thus read the best results.The system should have a few more upgrades such as:

I thank the hackster team, Balena, Silicon Labs and Arduino for boards delivered for doing this project.I hope you enjoyed reading. 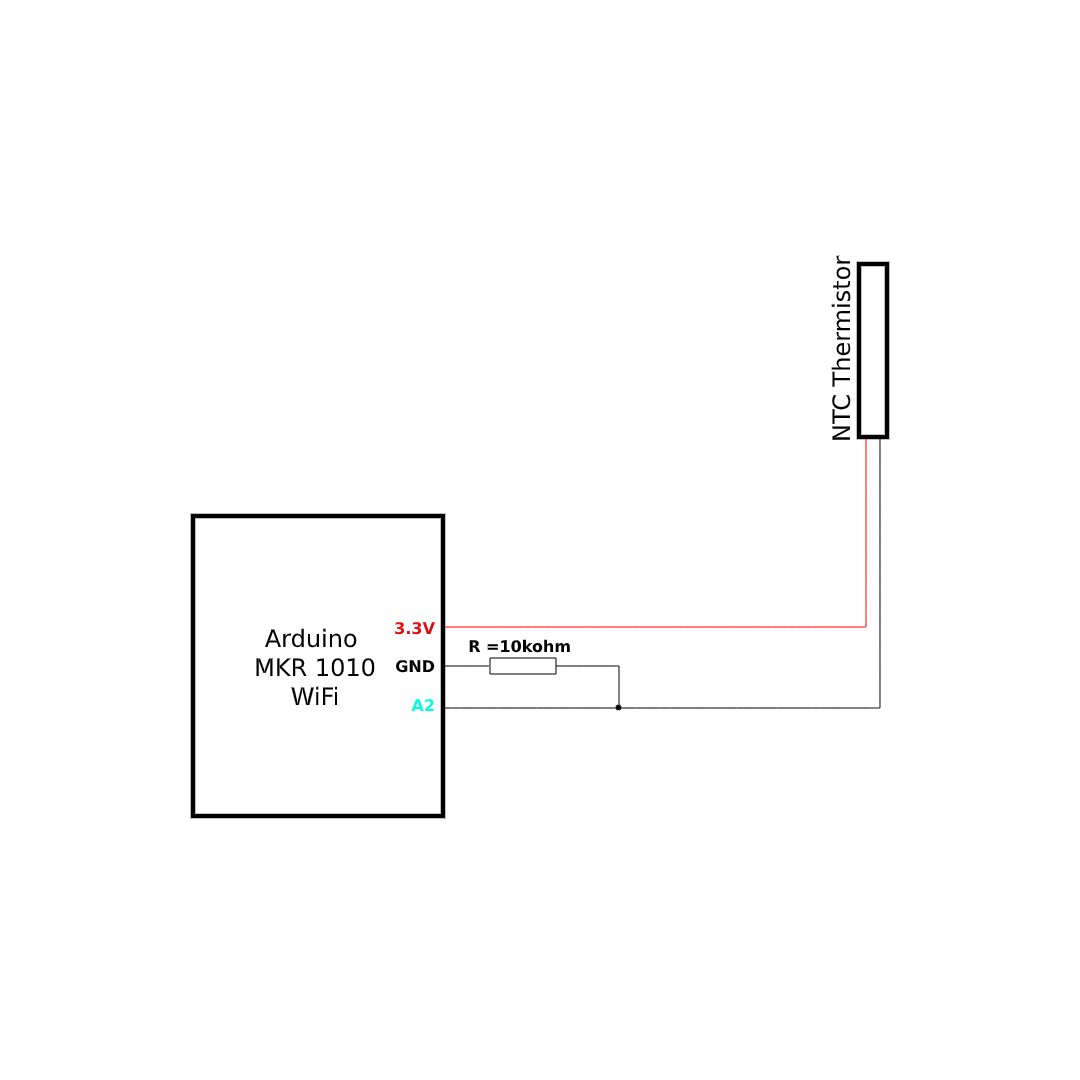 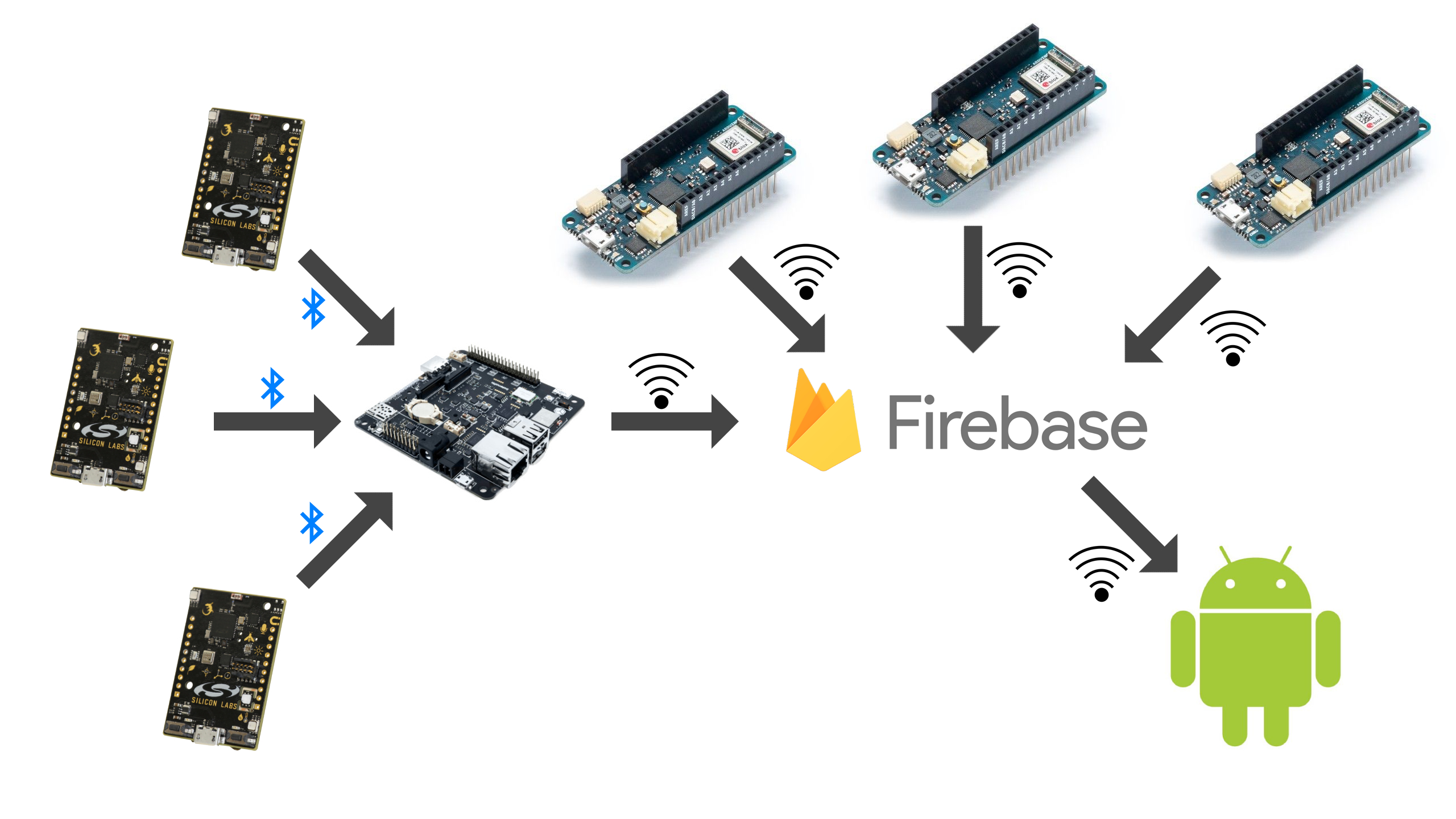