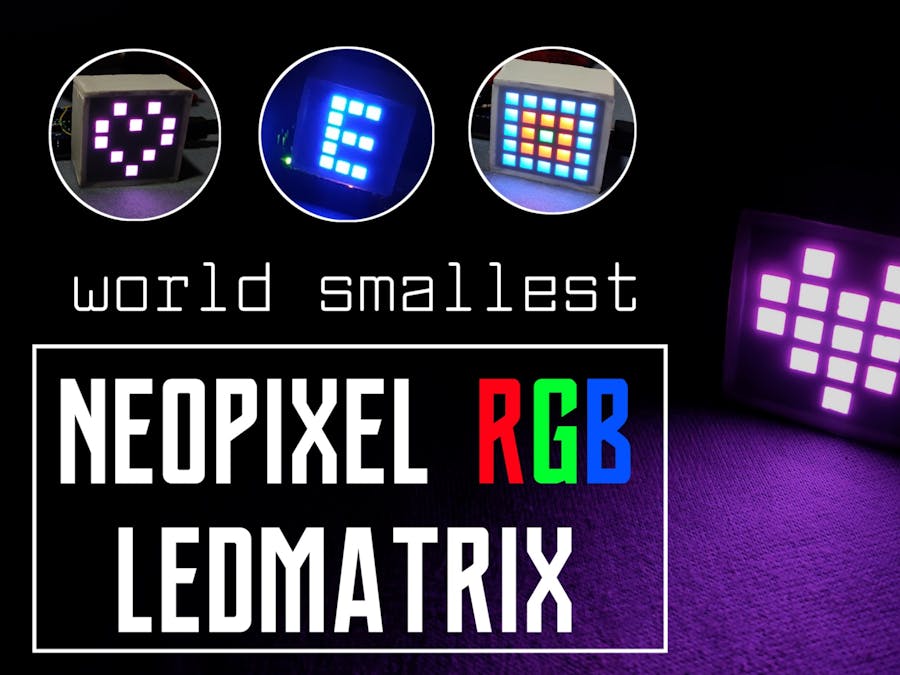 In this tutorial, I am going to show you how to build a 5*5 RGB LEDMATRIX USING NEOPIXEL. With this matrix, we can display mesmerizing animations, emojis and letters supersimple very attractive. let's get started!

I don't have individual ws2812b LEDs so I decided to take from ledstrip.for that I heated up the strip with soldering iron (watch the video for details)After gathering all things lets start the build

WS2812 LED strips are addressable and programmable Flexible LED strips which are very useful in creating the custom lighting effects. These LED Strips are powered by a 5050 RGB LED with a WS2812 LED driver inbuilt within it. Each LED consumes 60mA current and can be powered from a 5V DC supply. It has a single input data pin which can be fed from the digital pins of Microcontrollers.

Depending on the intensity of the three individual Red, Green, and Blue LEDs we can create any color we want.

First, place neopixel leds in 5*5 matrix jig. Remember place every LEDs in the same Direction After placing all LEDs on jig first connect every ground pins of each LEDs in a row. Then connect VCC of all LEDs of a row. Do the same for remaining rows. After finishing thats connect data out of first led to the data in of next led. Data out of each row connect to the next rows first LEDs. Repeat this for all LEDs. After finishing everything. connect all rows VCC together also ground. Finally connect wires to common gnd, VCC, data in.

Next, I made a small enclosure with foam sheet. And placed the matrix inside the foam case.

Din to D7 (any digital pin)

That's all about hardware connections

Step 7: REST IS IN PROGRAMMING

We can program each led seperatley.with the help of fast led library we can create different animations and characters.

You can download .stl, animations codes,test code from here

After uploading code to Arduino should use a 1.5-ampere power supply.Becauseat maximum brightness a neopixel led draws around 60 mA current .we have total 25 LEDs so 25*60=1.5A 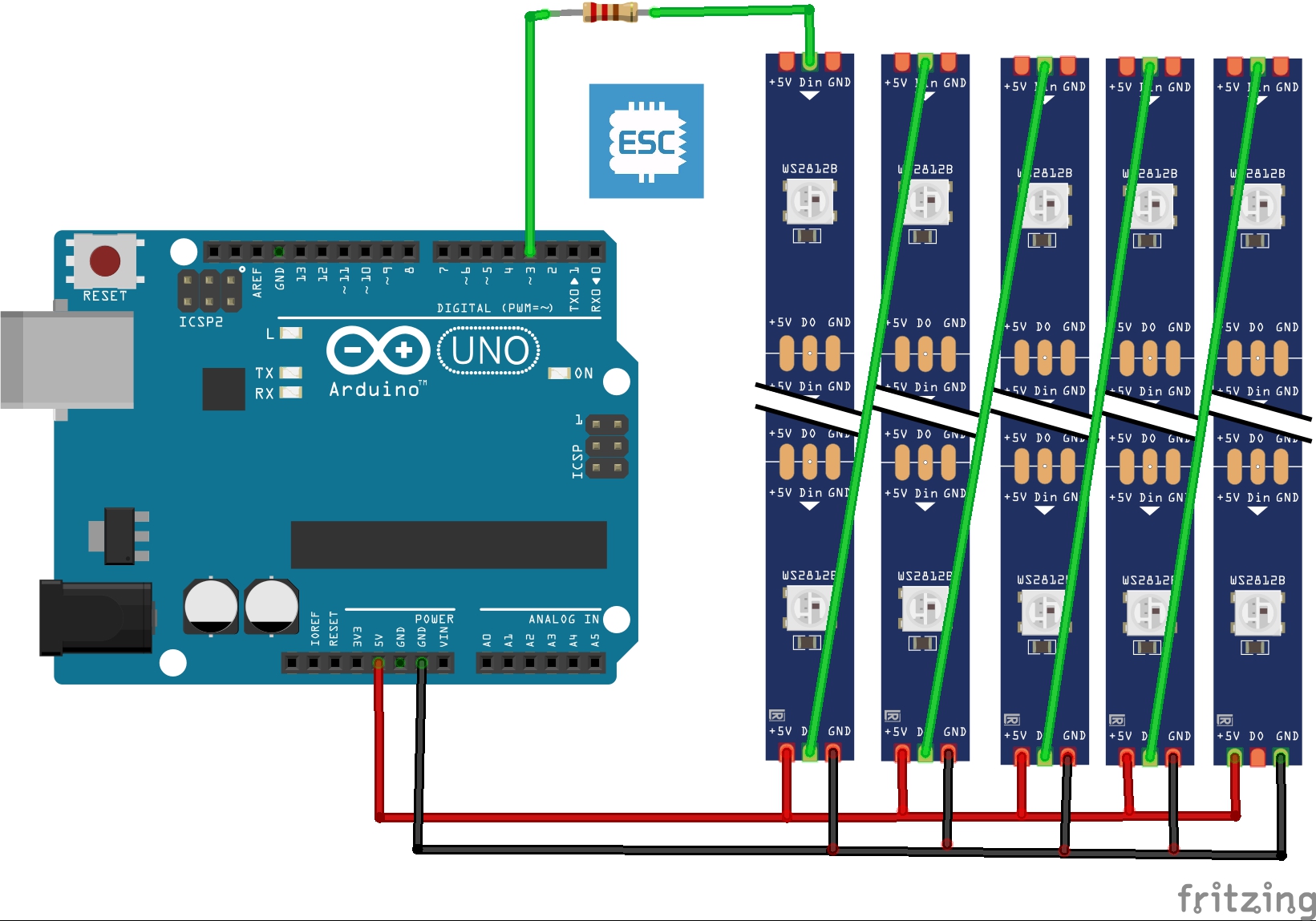