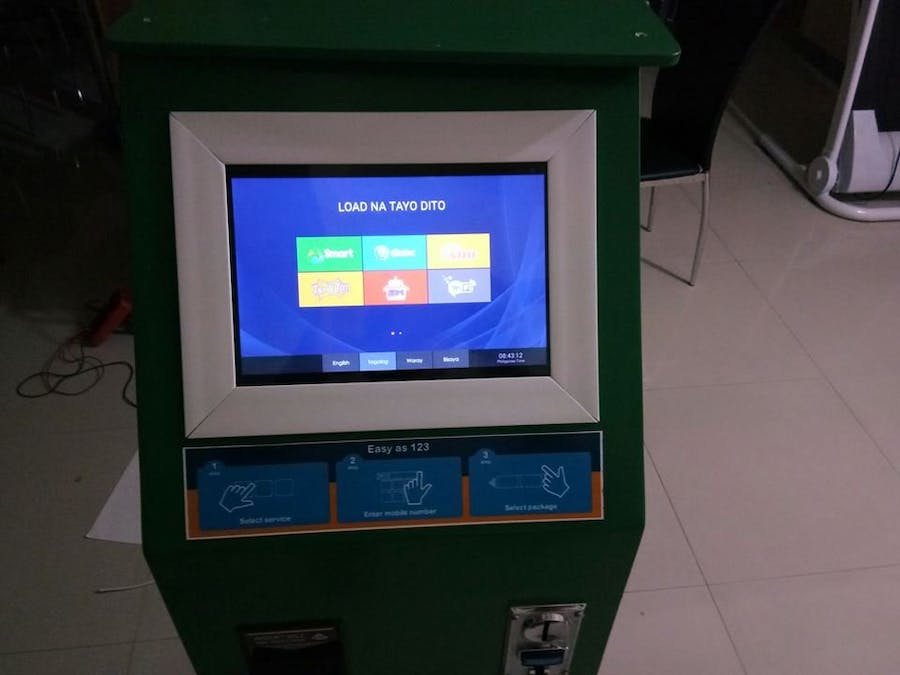 Started as a simple concept by interfacing an android mobile device to raspberry pi 3. The first version started.

The idea kicks off, but after a few weeks I ended up in different revisions of the Android SDK,Nodejs, and python script.

A lesson learned from the experience that when the project kicks off, should not start coding right away, if you will do that then the result was more often codebase will become a tangled mess.

An important step was to create a prototype that wraps the solutions into a rudimentary machine. Tada!! It works, the machine was successfully working with hard work and self-determination.

In midway 2018, I brought the machine outside fabrication for actual testing. Yes got a bunch of people onboard for testing and it was a success, the only thing that I needed to consider was to enhance the security of the machine.

Including in the developments are some modifications of the Android Tablet OS. Since it is rooted, the splash screen has been modified, some configurations and with the Vending Machine app it autostarts and runs like a single app on the tablet.

This project was a big success but I am still thinking out of the box about the next step and the future of my simple vending machine.

The project has an admin section originally written in LEMP and reconstructed to MEAN.

Inside of the machine is like spaghetti :-) but worth it since this is just the prototype. Planning to 3d print all the enclosures needed on the final release.

Yeah, this project is DIY. With just using common tools and some hobbies in woodworking.