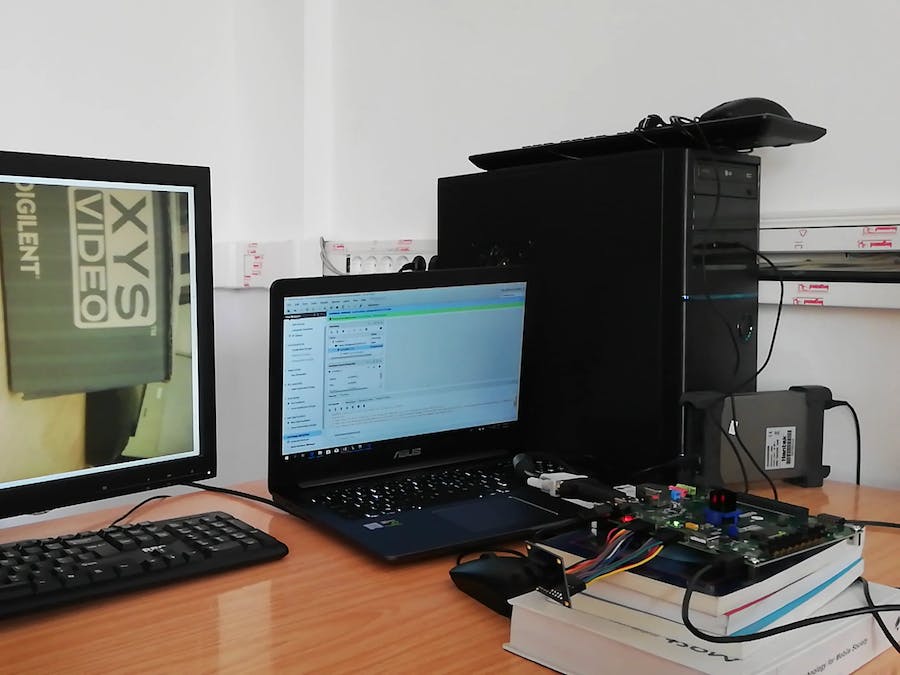 For this project, we aim to create a case study to perform various dimensional measurements, using an inexpensive CMOS sensor, the OV7670 camera module and the Digilent Nexys Video FPGA.

The OV7670 camera module is a low voltage CMOS image sensor that provides images in YUV, RGB, GRB formats. For this project we chose to use RGB565 pixel format.

The camera is controlled through the standard Serial Camera Control Bus Interface (SCCB) and operates at up to 30 fps, with a 640 x 480 VGA image array, where pixels are sent as 2 bytes packets.

SCCB interface is compatible with I2C interface, thus allowing manipulation over the camera internal registers from another host. The camera supplies the pixel clock signal (PCLK) and sends data back to the host with synchronize signals such as HREF, VSYNC, HSYNC.

The overall architecture works as follows:

Over the next few weeks, the Registers Bank and a second Processing Block ar to be implemented. While the first block serves mainly for filtering the input image, the second one will provide features' extraction.

Finally, this will allow us to perform our test case, in which various dimensional measurements for a simulated set of objects are to be made. 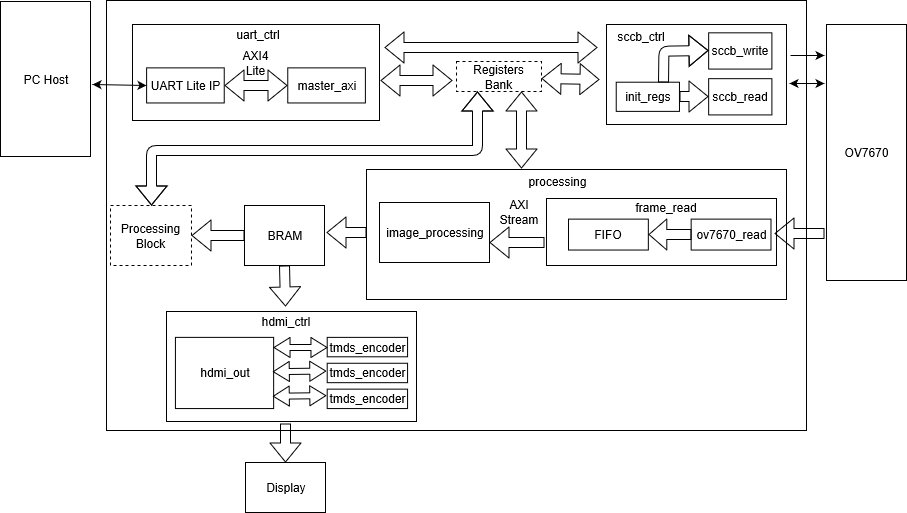