This article will be a bit about electronics, soldering, 3d printing, PCB, all thanks to my new project, automatic stair lights.

This article will be a bit about electronics, soldering, 3d printing, PCB, all thanks to my new project, automatic stair lights. 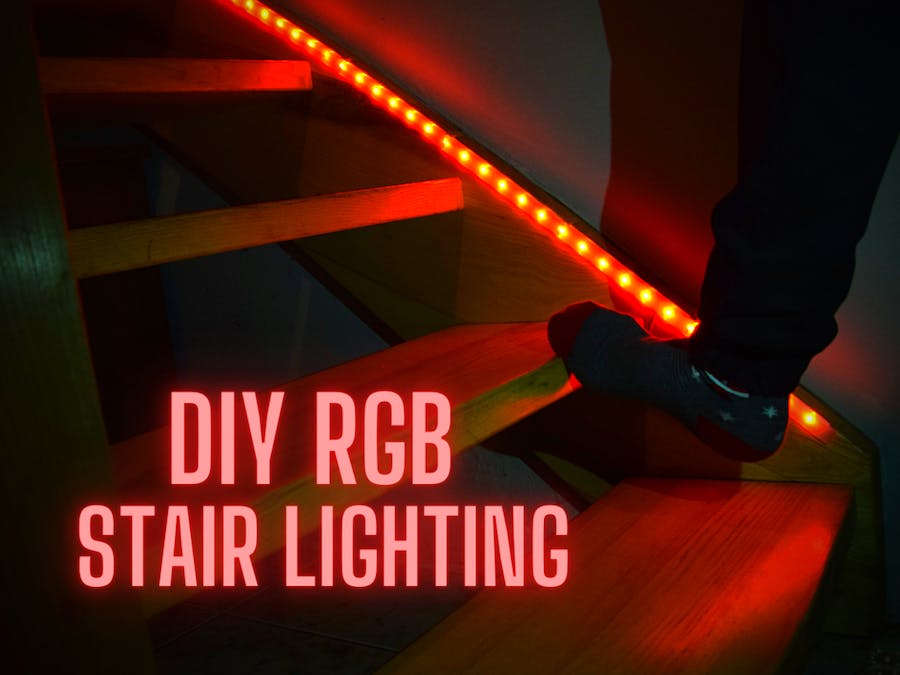 This article will be a bit about electronics, soldering, 3d printing, PCB, all thanks to my new project, automatic stair lights. Let's get started!

The stairs in our house needed lighting, so some time ago a sensor was installed that, after detecting any movement, turned on the light for a specified time. Overall, he did not do too badly, but there were often problems with him. One was that it couldn't be set to the right sensitivity because it was too sensitive or not sensitive enough. It worked all day long, which means it turned on the light even when it was not needed. I have decided to make my own lighting for the entire staircase that is switched on automatically and I give you three options:

The first is to make such a device yourself, based on the materials I have provided. The second is to buy a ready-made kit, and the third is simply the best use of your few minutes of the day. All in all, you get the third option for free.

I bought a 5 meter led strip and a wifi module on which I uploaded a random code. I attached it to the stairs with painter's tape and tested several sequences. The programming of this strip is very easy and you can quickly adjust the LED lighting to your requirements. It is enough to modify a few parameters to change the brightness, color, time of transition from one point to another, or the lighting mode.

Of course, I didn't want to leave the LEDs like that, so I had to make the housing. In a few minutes, I created a 3d model of my stairs and made a prototype of the case, which I printed from the transparent filament. If your stairs are straight and not so wavy, a simple LED mask will suffice. The effect was satisfactory, so in the next two days I printed twenty-five such elements and their handles made of "wooden" PLA, and in the meantime, I got down to electronics.

The circuit diagram is as usual very simple. ESP12 module with two buttons responsible for programming this module, USB C socket, 3.3v voltage stabilizer and connectors for two ultrasonic sensors, two PIR sensors, and a led strip and photoresistor, which will inform the module whether it is dark or light.

PCBWay is responsible for the production of the PCB and as always they did a great job. I ordered a PCB with a matte black solder mask and it is the best-looking PCB I have ordered. I can honestly recommend their services. When I received my order, I immediately began soldering. I arranged the elements next to the pads, put a flux, tin on one of the pads, soldered a resistor to it, and repeated this action with the rest of the elements. First, I soldered the resistors and capacitors in the 0603 case and ended up on the USB socket.

When all the elements were finally printed, I glued double-sided tape to the "wooden" elements and glued them to the stairs, and to them I attached my covers, which I took off after a while, and glued the led strip permanently. Then I put the covers back on and I liked it so much that I had to take a short break.

After that, I prepared the ultrasonic sensors for mounting and placed them in the housing with the main board and soldered them to it. Then it was time for testing, during which I also checked the working of PIR sensors and decided to install them permanently.

For the next several thousand seconds I was programming my board, looking for errors, correcting them, looking for more errors, and so on. All in all, I eliminated them all and played around with different modes and colors. Here is the end result.