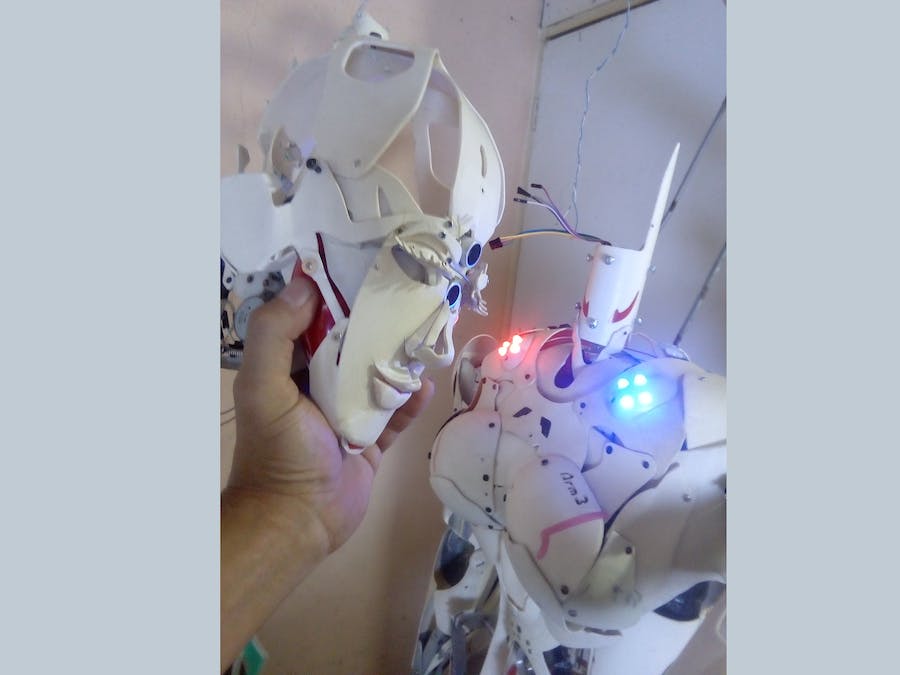 Hi!! I did have a few time building an human model, and make this functional.

In last months, i did have install a sonar that uses arduino and a visual interface whith Processing, a servo rotate the head to left and right, when the ultrasonic transductor detect an object, a voice message is activated saying if the object is near, other if the object is at more distance, and another if no object detected, and the visual interface shows distance, angle of detection of object, etc.

Also, i did have worked in a very simply I.A. whith a limited vocabulary that answer back some questions, is not an intuitive system, but i´am really get excited whit the possibilities.

Actually, I work on the motors and engine drivers and his control with an payment artificial intelligence (in free version), which is a real wonder, but does not perform serial communication with arduino other than in the paid version, so the control of external devices is something that I have not achieved through voice commands to the I.A.

I also work on a face that I hope to endow with facial expressions, and on additional movements of the head such as tilting and lateral flexion.

Sorry for the poor quality of the videos, I made them with a low-end android phone, so audio and video are of inferior quality.

If you are interested in any part of this work or think that any part of it is useful to you, feel free to ask, or comment, I will answer you with pleasure.

I reiterate my request for collaborations, everyone with an idea is welcome !!!

I present the operation codes for lateral head movement and object detection, I know it is a very simple solution, but it has worked very well for me, currently I am working on the development of artificial intelligence in python, and I am progressing very well !