Let's Dance, put on your red shoes and dance the blues

Let's Dance, put on your red shoes and dance the blues 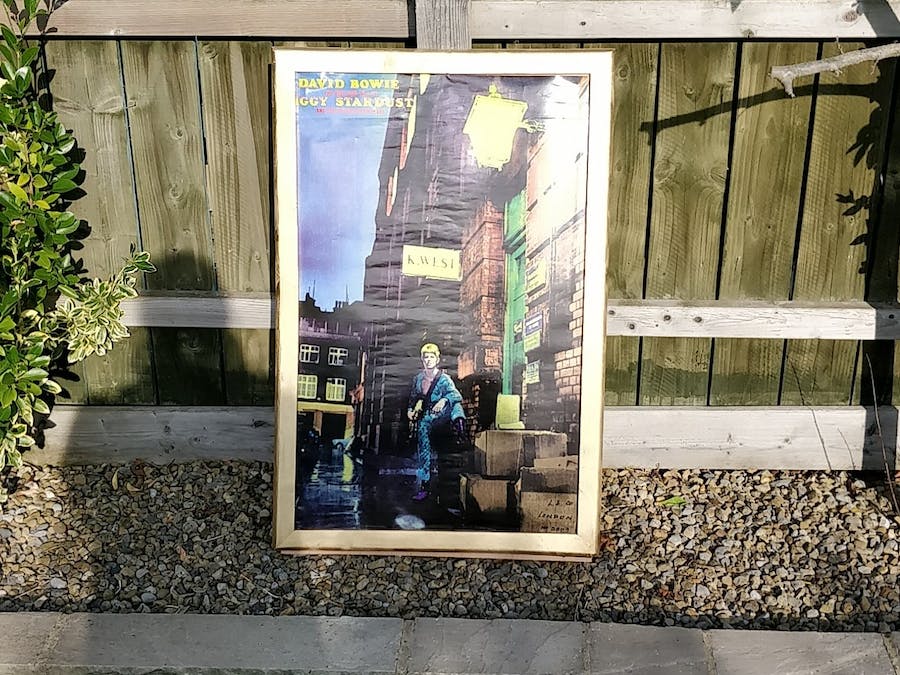 A tribute to David Bowie.  A 300 LED picture frame that is coded with 1000 + lines of Python code to enhance the audio and visual experience of David Bowie’s classic hit, Let’s Dance.

Created with the Raspberry Pi and Pixel Pi.  Thanks to Tim Morris for support with creating the gold frame and putting it together.

Thanks also to Tim Richardson @Geeky_Tim for his Pixel Pi board. (The PixelPi WS281x Controller Board for the Raspberry Pi)  An add on that enables you to drive four separate strips of LEDs, so nearly 1000 LEDs.