Basics on how to set up Zigbee using XCTU.

Xbee/Zigbee Setup with Arduino and NodeMCU

Xbee/Zigbee Setup with Arduino and NodeMCU

Basics on how to set up Zigbee using XCTU. 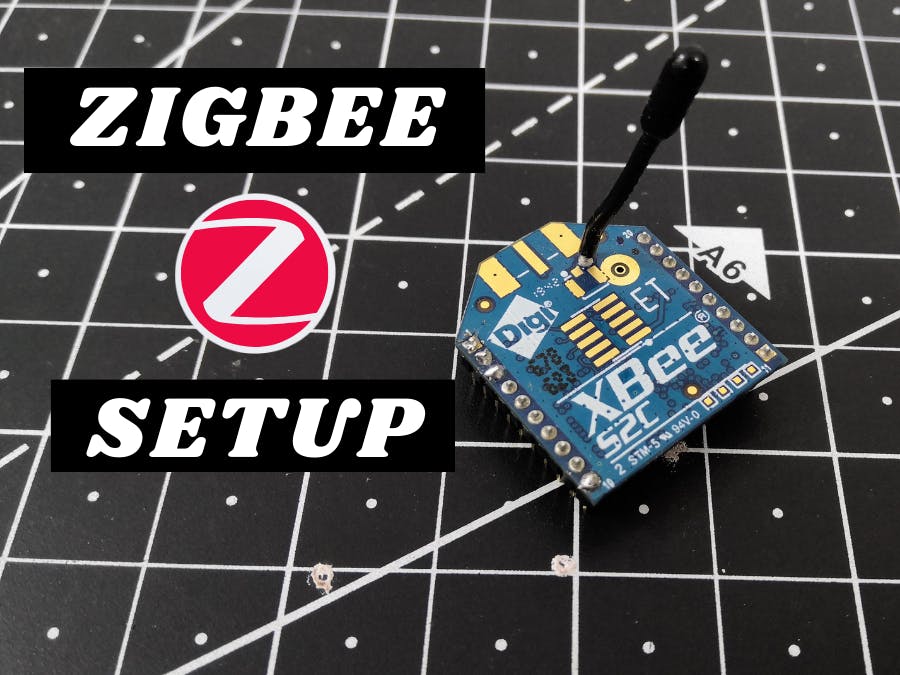 Zigbee is a popular wireless communication protocol used to transfer a small amount of data with very low power. It is widely used in applications where data has to be shared among many nodes within personal space and with the advent of the Internet of things (IoT). Let’s take that a step further and learn how to establish Zigbee communication using Arduino and NodeMCU boards.

This article was originally published in IoTDesignPro along with co-author Lavanya.R

Step 1: Difference Between Zigbee and XBee

It is important to clarify at the beginning that XBee is a module, a product, which supports many wireless communication protocols like ZigBee, 802.15.4, 868 MHz modules, etc. Whereas, Zigbee is a standard protocol used to establish wireless networking (ZigBee communication). Often people use these two terms interchangeably but it shouldn’t be done so. To establish Zigbee communication, we need a receiver (endpoint). For this, an XBee module connected with Arduino/NodeMCU will do, and this will communicate wirelessly with another XBee module (coordinator) that sends data, will be connected to another Arduino board.

To reduce the cost and to make XBee compatible with a breadboard, solder 4 wires from XBee module pins to header pins and use that to connect to the breadboard as shown in the figure above. [First 3 pins and the last pin of the left side of the board]

For this side of the connection, we’ve used Arduino Nano. Arduino Uno or NodeMCU boards could also be used. The complete circuit diagram to interface XBee with Arduino nano is shown below.

For this, we’ve used NodeMCU, but it has certain constraints. You can also use Arduino Nano or Arduino Uno for the purpose. We used NodeMCU for showing the compatibility of XBee with different microcontrollers. Also, NodeMCU can be used to send data to the internet in case if we transmit sensor data. The complete circuit diagram to interface XBee with NodeMCU is as shown below.

As an indication of whether the data is received or not, we’ve used LED. For this, connect LED anode to D2 of NodeMCU and LED cathode to GND through a 220ohm resistor of NodeMCU.

Basically, the XBee module can be configured as Coordinator, Router, or End device.

To set up, configure and test your XBee devices, you need XCTU software. It’s an easy-to-use, free, multi-platform application for RF XBee modules. Download the XCTU software here and it’ll guide you to install it as well. After that, open the application and connect your XBee using a USB to serial converter or an explorer board. Check the COM port of the Xbee in the device manager.

Firmware should be installed in both the XBee modules first, for that we’re using the XBee development board.

Step 2: Select the COM port to which the XBee module is connected and click on “Next”.

Step 3: Keep the default settings and click on “Finish”.

Step 5: Now, the XBee module will appear on the left side of the window. Click on it to update the user interface.

Step 6: To update the firmware, click on “Update”, select “802.15.4 TH” in the Function set and select the newest firmware in the Firmware version and click on update. After this, a pop-up window will appear. Click on YES.

Step 8: Give any 4 digits for the Destination Address. This same number must be entered as Source Address for the other XBee module.

Step 9: Give any 4 digits for the Source Address. This same number must be entered as the Destination Address for the other XBee module.

Step 11: Now, click on Write in the top bar. After that is successful, the Symbol changes from “E” to “C” (End Device to Coordinator, as we have set. For the other XBee module, it should be “E”).

Note: As mentioned in the steps, this must be carried out for both the XBee modules. The only difference between both will be that the Source and Destination Addresses are opposite for the End Device and Coordinator and one must be selected as the End Device and the other as “Coordinator”. In the “Coordinator Enable” drop-down list, make sure both the XBee modules are given the same PAN ID.

COM 5 is for nodeMCU (receiving side) and COM 14 is for Arduino nano (Sending side).

Step 8: Complete Code for Both Receiver Side and Transmitter Side

12 projects • 21 followers
Electrical Engineer and a programming hobbyist. I love to build exciting stuff!
ContactContact
Thanks to Lavanya R .