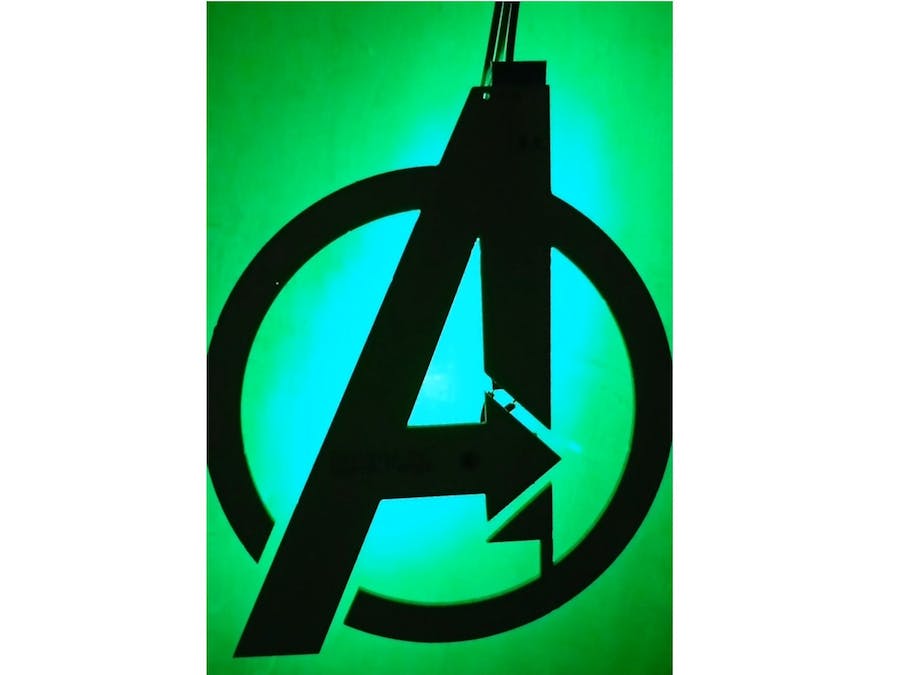 As a Marvel Fan, the first thing that comes to my mind is the Avengers logo. RGB LEDs are currently used everywhere to make things look cool. So, I decided to make a PCB of the shape of an Avengers logo and attach some LEDs on its back. Since the WS2812B LEDs are easy to interface with, I’ve decided to use those in our project.

The PCB consists of the WS2812B LEDs which can be connected in the cascaded form to create a group of LEDs. The advantage is that we only need one PWM pin from the microcontroller to drive all the LEDs. This can be done using the FastLED library which is open source and has a good amount of examples to help a beginner start all by himself.

The PCB resembles the shape of the Avengers logo, which, if lit, illuminates the background, and eventually the logo is visible to everyone.

This PCB is designed using EasyEDA which is an easy-to-use PCB design tool.

The EasyEDA Schematic is attached below.

The PCB design and 3D Model images are attached below

For demonstration, I have used the Arduino Nano microcontroller to drive the LEDs. The PCB is made such that it can work with an onboard ATiny microcontroller or an external Arduino as well. The code for driving the LEDs is provided in the GitHub repository. https://github.com/Manasmw01/RGB_Logo_Wall_Light/

The RGB LEDs worked as expected and the Logo was clear and bright enough. Here are some of the output videos and images: 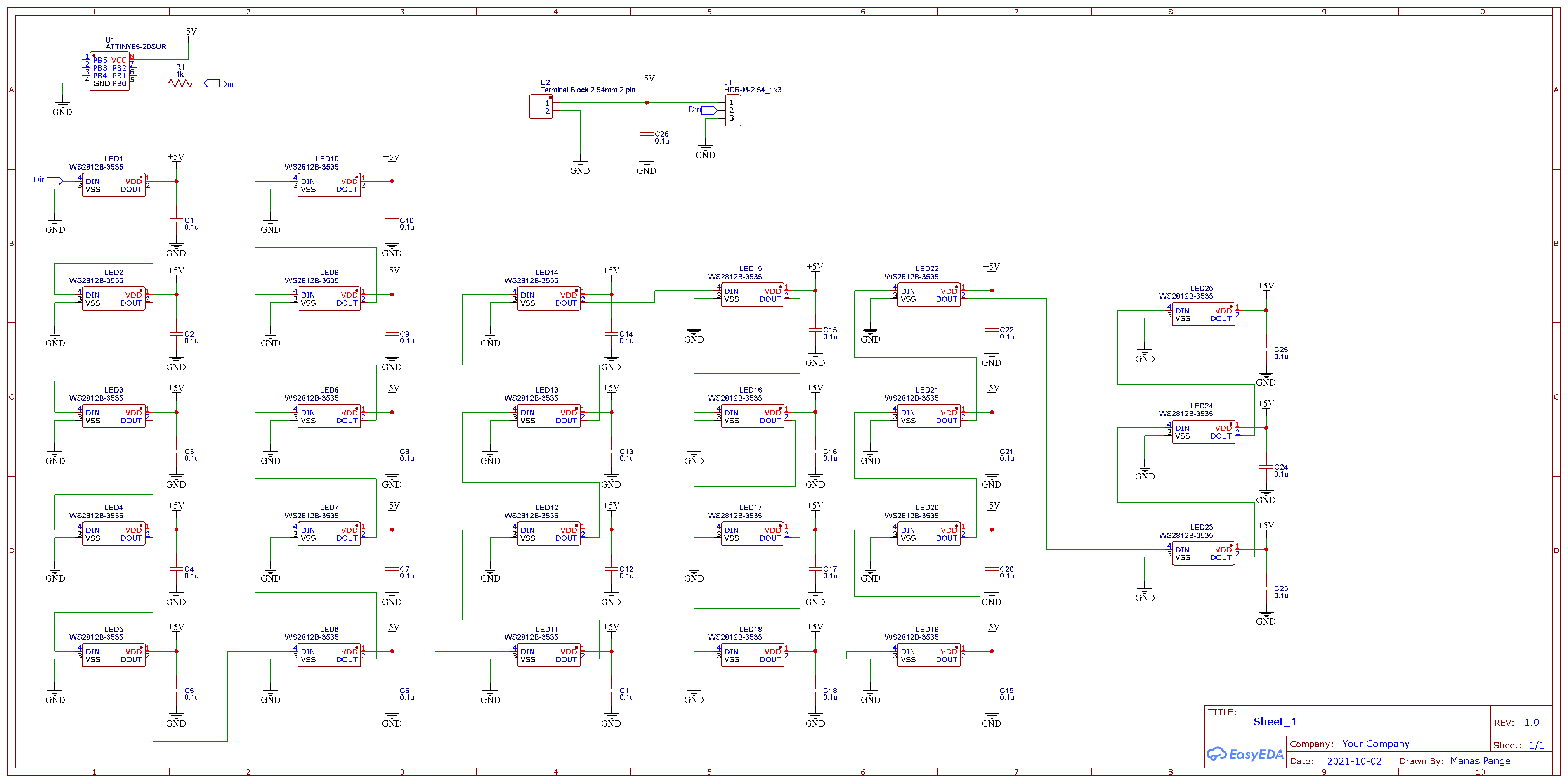