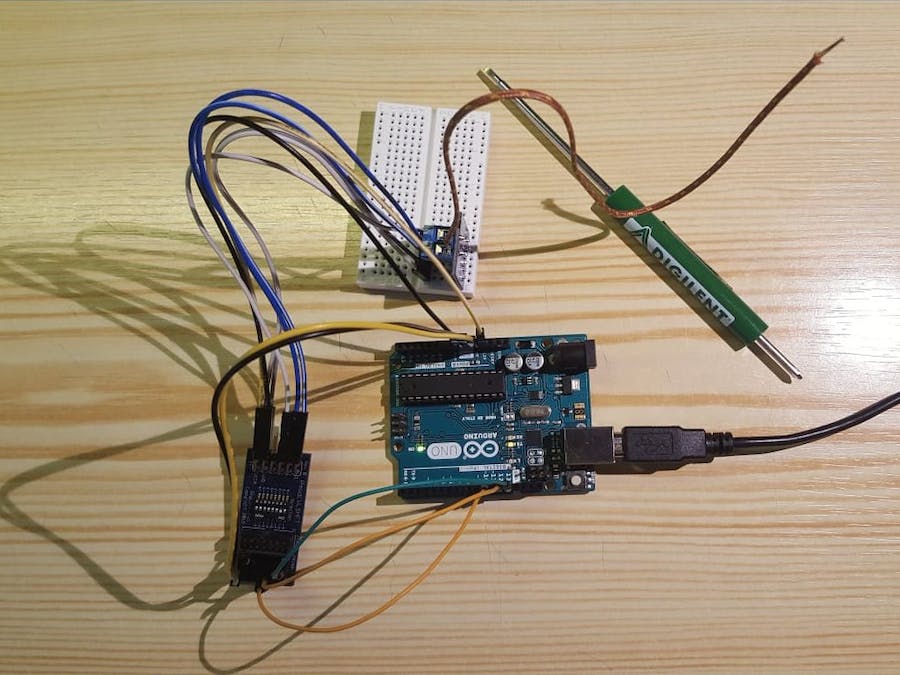 This is a demo project for the Pmod TC1 made by Digilent. The temperature of the air is measured and displayed on the Serial monitor. To control the Pmod, an Arduino UNO is used, which also sends the data to the computer. To communicate with the peripheral device, SPI communication protocol is used, which is made simpler by the usage of the Adaruit_MAX31855 Arduino Library. Data is displayed one measurement in a line, temperature in °C. To measure the temperature, connect the thermocouple wire from the package of the Pmod TC1 to the respective terminals. 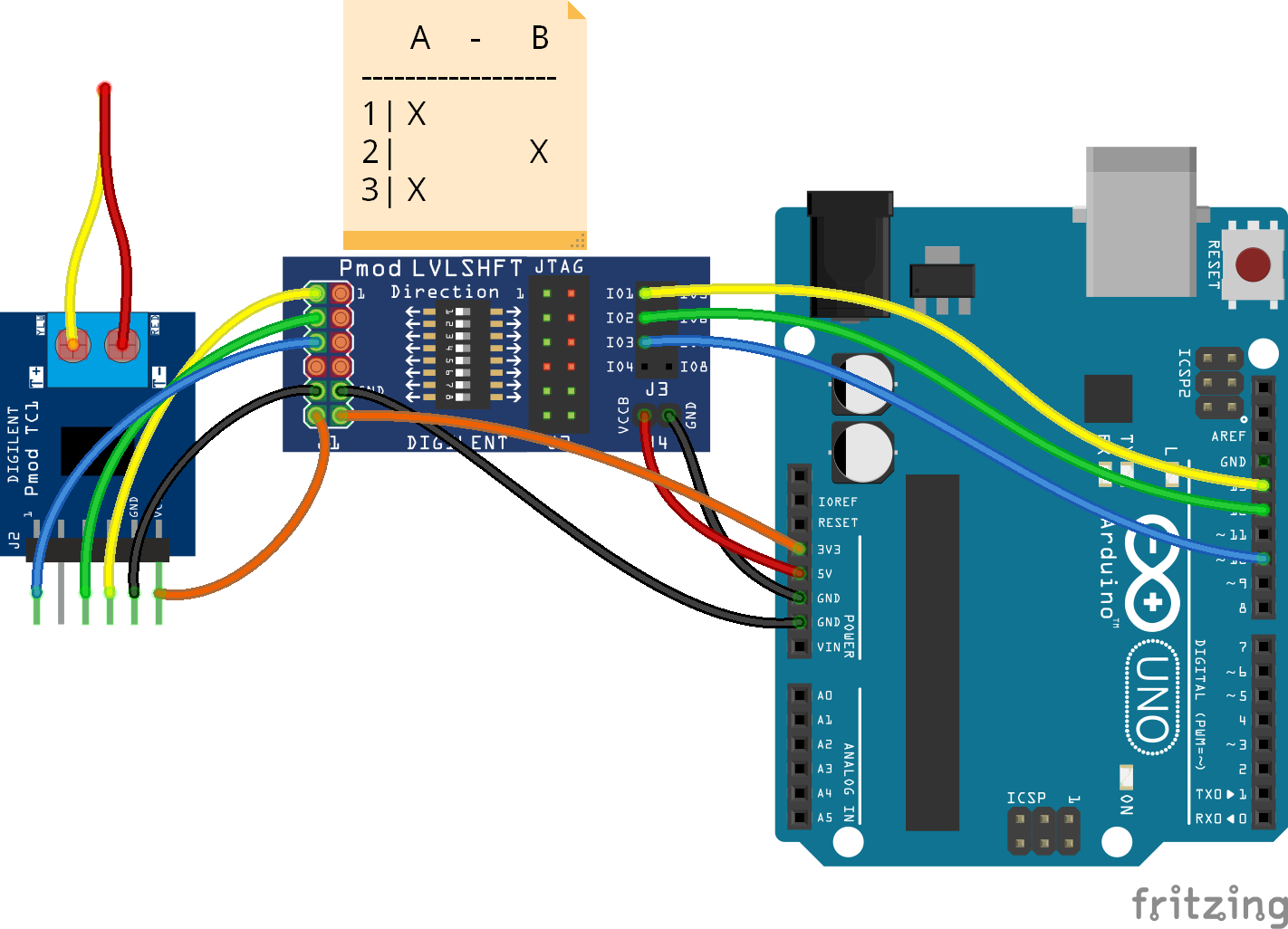 14 projects • 40 followers
I work in Digilent and like creating projects
ContactContact
Thanks to Lextronics.