In this app, keys pressed on Pmod KYPD will be shown on the LCD.

Using the Pmod KYPD and the Pmod CLS with Arduino Uno

Using the Pmod KYPD and the Pmod CLS with Arduino Uno

In this app, keys pressed on Pmod KYPD will be shown on the LCD. 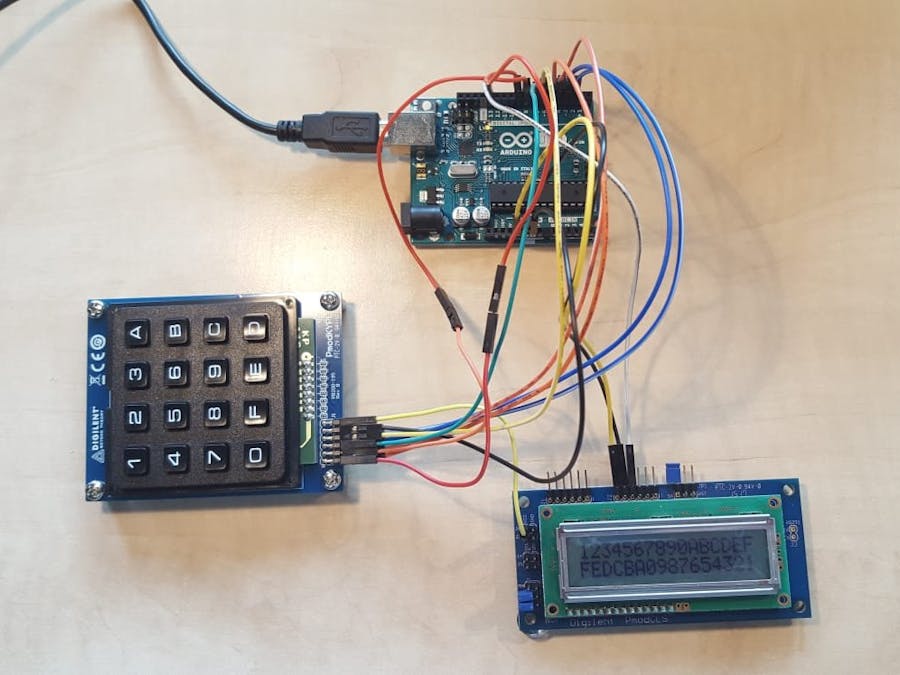 This is a demo project for the Pmod KYPD and Pmod CLS, both made by Digilent. Keys pressed on the keypad will be showwn on the LCD. After the LCD is full (32 characters) and a key is pressed, the display is cleared and the character is displayed in the first position of the screen. To control the Pmod, an Arduino UNO is used. To make communication with the keypad easier, the Keypad.h library is used to retrieve pressed keys. The Pmod CLS is controlled using serial communication protocol, using the SoftwareSerial library. The Pmod CLS has multiple options when recieving data, so both I2C or SPI communication protocols could have been used, but using UART enabels the user to connect it with only one wire (RX). 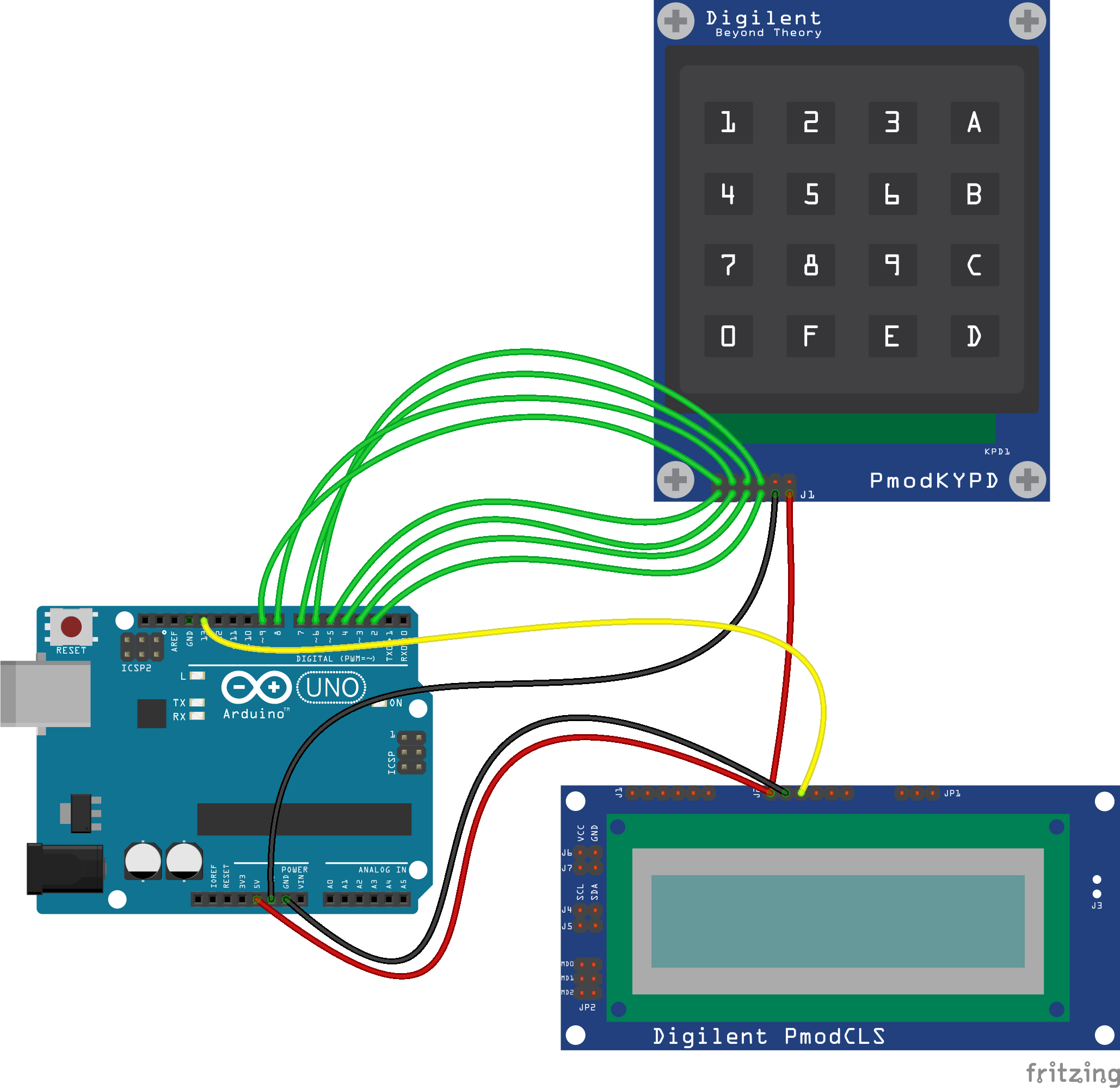 14 projects • 46 followers
I work in Digilent and like creating projects
ContactContact
Thanks to Lextronics.