Ever park in a tight spot and forget which way your tires are pointed? Well fear no more! With this particle argon configuration.

Ever park in a tight spot and forget which way your tires are pointed? Well fear no more! With this particle argon configuration. 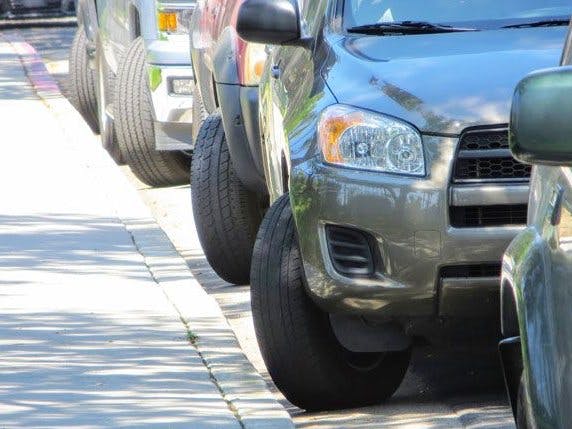 As mechanical engineering students at The University of North Carolina at Charlotte we were tasked with creating an array of sensors and particle argons to solve a problem. For our MEGR 3171 project we decided to create a sensor to tell if one's car tires are straight.

This sensor circuit solves the problem of people not knowing where their car tires are pointed after parking. Ultimately this array allows for people to better maintain the health of their cars. For example when someone has parallel parked they have their tire extremely close to the curb of a sidewalk and if they get to their car and forget the orientation of the wheels it is very easy to scratch the wheels leaving very ugly damage. Another scenario that this argon composition solves a problem, is tight side by side parking where a driver could pull out of the parking spot thinking about going straight while they accidentally turn and clip a corner of a nearby car causing problems for both individuals.

The circuit works by having the driver push a button on one argon to ask the other the question “are my tires straight?” If the led blinks continuously this means that the tires have a less than five degree angle and you're ready to drive away. If the light doesn't light up take some extra caution and make sure that you won't hit anything nearby. If the driver is curious to the exact angle of tire simply open the particle app and the readings of each distance of the ultrasonics as well as tire angle are displayed. A demonstration on how the technology works is shown below.

One possible use of this technology is to create an exact replica of the board with the ultrasonic sensors on it and adjust the code accordingly to receive angles of both front tires. The driver would get an alert telling them when the alignment of their tires is out, possibly saving hundreds of dollars by not over-wearing the tires and unnecessarily replacing them.

Below is pictures of the physical project, the schematics, and code, for those interested in diving deeper into this project. 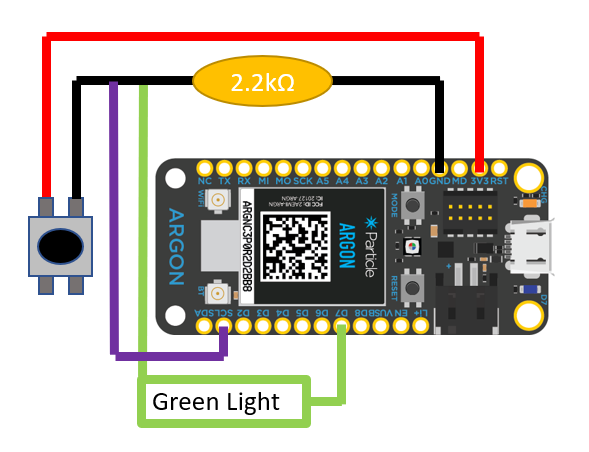